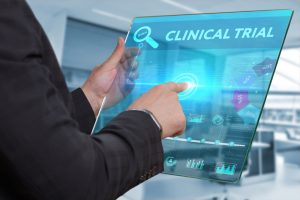 News out of Melbourne, Australia this month that a team of scientists at the University of Melbourne’s Oral Health CRC has been working on a vaccine treatment for chronic periodontitis could herald a breakthrough in the gum disease, with clinical trials beginning in 2018.
Periodontitis is associated with diabetes, heart disease, rheumatoid arthritis, dementia and certain cancers. It is a chronic disease that destroys gum tissue and bone supporting teeth, leading to tooth loss, according to the Centers for Disease Control and Prevention.
A CDC report from 2015 estimates that 47.2 percent of adults aged 30 years and older have some form of periodontal disease and that its prevalence increased with age; 70.1 percent of adults 65 years and older have periodontal disease.
The vaccine researchers have been working on targets enzymes produced by the bacterium Porphyromonas gingivalis, to trigger an immune response. The bacterium is known as a “keystone pathogen,” which means it has the potential to distort the balance of microorganisms in dental plaque, causing disease. The anticipated response from the vaccine, researches say, will produce antibodies that neutralize the pathogen’s destructive toxins.
The findings, published in the journal NPJ Vaccines (part of the Nature series), represent analysis of the vaccine’s effectiveness by collaborating groups in Melbourne and Cambridge, Ma. CEO of the Oral Health CRC, Eric Reynolds, said in the study’s extract that he was hopeful the vaccine would substantially reduce tissue destruction in patients harbouring P. gingivalis.
“We currently treat periodontitis with professional cleaning sometimes involving surgery and antibiotic regimes,” Reynolds said, adding that the cleanings are helpful but often only temporary in halting the spread of disease. “Periodontitis is widespread and destructive,” he added. “We hold high hopes for this vaccine to improve quality of life for millions of people.”