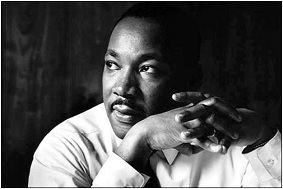 Martin Luther King, Jr. urged Americans to find a path towards equality and justice. Towards the end of his life, King focused his attention on poverty and the inequalities that poverty itself causes.

Poverty and socioeconomic status, on the whole, appear to be the leading causes of disparities in dental health care in America.  The other contributors are behavioral:  poor dietary choices, use of tobacco, and frequency of alcohol consumption.

In America, there is still a large gap in terms of general oral health. Non-Hispanic blacks, Hispanics, American Indians and Alaskan natives have far poorer dental health than other members of American society. The greatest disparity is among the youngest Americans, children ages 2-8 years of age. This is a critical time period in terms of tooth development as well as the establishment of healthy oral hygiene habits and dietary routines.

But adults also vary in their oral health status. Adults aged 35-44 years of age are more likely to access and utilize the services of a dentist if they feel they can afford it. Therefore, the statistic that overwhelmingly correlates with good overall oral health is whether or not the adult has graduated high school. Those who have not tend to earn less and to be employed by institutions that do not offer dental health. For these less educated Americans, the incidence of untreated tooth decay is twice as high as Americans who have at least a high school diploma.  The presence of destructive gum disease is nearly three times as much in the non-graduates of high school compared to adults who have at least some college education.

Clearly, access to dental care can cut across all socioeconomic lines and improve the lives of all Americans.