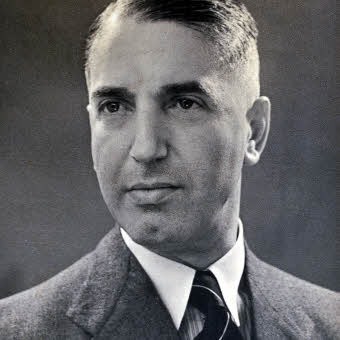 We thought our readers would be interested in the story of a dentist made famous by a young girl. That dentist, Dr. Friedrich “Fritz” Pfeffer, was Anne Frank’s roommate, her dentist,  and her sometimes nemesis.

Unfortunately, our knowledge of Fritz has been sullied somewhat by Anne’s resentment of him. The truth is that Anne didn’t like sharing such a small space with a strange man. In her diary, Anne calls Fritz by the alias “Dussel”, which means fool. Anne never seemed to understand Fritz. She never seemed to know about his family or his struggles. But Fritz was indeed a heroic man who lived through impossible circumstances, and who died, like Anne, far too early.

Fritz Peffer was born in Giessen, Germany. He went to school to become a dentist and a jaw surgeon. He served the German Army during World War I, like many other German Jews. These Jews were proud of their German-ness and truly never could wrap their heads around the fascism of Adolf Hitler and their rejection as loyal citizens of Germany.

As a young man, Fritz was athletic and social. He rowed with the Undine rowing club (a Jewish club), he rode horses and he traveled extensively in Europe.

Pfeffer was briefly married and had one son, Werner, but he later divorced from Werner’s mother, Vera. Fritz retained custody of young Werner. Fritz then met Charlotte Kaletta, who came to him as a dental patient in 1936. They began to date and later they were engaged. Charlotte was not Jewish. As a result, the couple was unable to marry, because Germany’s Nuremberg Laws forbade marriages between Jews and non-Jews.

Fritz could not ply his trade publicly as a dentist in Germany after the Nuremberg Laws, but he managed to moonlight a little secretly and take in a bit of money.

The situation in Germany continued to deteriorate and after Kristallnacht in November of 1939 (the Night of Broken Glass), Fritz and Kaletta managed to leave Germany and flee to Holland. Before Pfeffer left Germany, he arranged for his young son Werner to be on a Kindertransport (a program where Jewish children could be sent to England to stay with families there, ostensibly to keep them safe during the war). Werner was sent to England, a move which saved Werner’s life.

The Frank family had been in Holland since 1933, as they had moved from Frankfurt, Germany. In Amsterdam, these expatriates (Otto Frank and his wife Edith, Fritz Pfeffer and Charlotte Kaletta) became friends. Pfeffer told his friends that after the war, he hoped to move with Charlotte to South America, where they would send for Werner, reunite and be free to marry and start a new life.

The Nazis invaded Holland in May of 1940. At this point, Pfeffer was forced to hide in order to save his life, and so he moved in with the Frank family of four (Otto, Edith and daughters Anne and Margot) along with the Van Pels family of three (Hermann Pels, his wife Auguste and son Peter).

Pfeffer arrived at the annex with some money from Kaletta, along with his dental instruments. While in the annex, he convinced the inhabitants that they needed to take care of their teeth for their health and in order to be able to withstand being in such close proximity. He regularly checked the inhabitants’ teeth and tried to maintain good oral health for the annex inhabitants.

The group of eight managed to hide out for 2 years (Pfeffer just for 18 months) until they were discovered by the Nazis in August of 1944. All the inhabitants of the annex were deported first to Westerbork, and then to other concentration camps including Auschwitz. Pfeffer was  deported from Auschwitz to Neuengamme, a concentration camp in Germany where he died in December of 1944. Of the eight people who lived in the annex, only Otto Frank survived. He was instrumental in the publication of his daughter’s diary.

Yom HaShoah, the day to remember victims of the Holocaust, begins on Wednesday evening. Each of the people who died had a story. Now you know the story of Fritz Pfeffer, Anne Frank’s roommate and dentist.