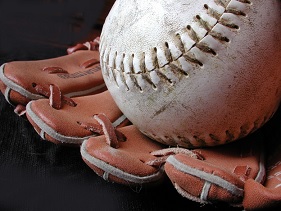 It’s a great time to go to a baseball game. But as your oral health care practitioners, there is one element of baseball that makes us crazy. No, it’s not losing the game, it’s not rain delays, it’s not even Cracker Jack (although, please, can you go easy on it?).

No, it’s the sight of those fabulous baseball players spitting. When they do, we can see the clear (or brown) evidence of their usage of smokeless chewing tobacco.

The number of Americans who smoke has been decreasing every year, because of tremendous public relations on the part of not only the Surgeon General, but caring adults, the public, and health care providers who routinely remind their patients not to smoke. That is working.

But the Centers for Disease Control and Prevention tell a different story about chewing tobacco. Chewing tobacco use has not decreased. The CDC further reports that in 2013 a whopping 14.7% of teenage boys reported using smokeless products. It is possible that these boys see their baseball heroes openly using chewing tobacco. It is also probable that the boys enjoy the significant “high” of snuff. It is a more concentrated delivery system of nicotine than cigarettes and the nicotine of smokeless tobacco stays in your bloodstream longer than the nicotine inhaled from smoking.

This is no kids’ stuff. Smokeless tobacco is far from harmless. It contains carcinogens (cancer-causing elements) and contributes to gum diseases, complications following tooth extraction, and significantly, tongue, mouth and throat cancer. Oral cancer has a survival rate of 50%. And smokeless tobacco usage has also been shown to increase the risk for heart disease, high blood pressure and stroke.

Former San Diego Padre and Baseball Hall of Famer Tony Gwynn suffered from multiple surgeries to deal with cancer of the salivary gland, a likely result of his constant use of smokeless tobacco. He lost his battle to cancer and died too young at the age of 54.

We love baseball and we love the Tigers, but we think it’s time to call three strikes on chewing tobacco.