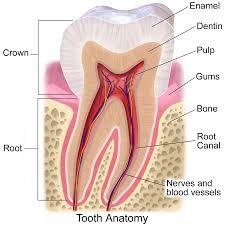 Root Canals in jokes and in offhanded remarks have become shorthand for an unwanted medical procedure. It is true that nobody looks forward to a root canal, but we are fans of the unloved root canal, because of the serious dental problems that they solve.

Consider these facts about root canals:

A root canal is performed by taking out the diseased core of the tooth, which is called the pulp. The pulp, which is the soft tissue beneath the enamel and the dentin, contains blood vessels, nerves and connective tissue. The pulp connects to the root canals, around which are the roots of your teeth, the parts of your teeth that are rooted to the gum.

Root canals might not be your idea of fun, but they are a dental miracle in many ways, saving teeth and alleviating pain.